Lycaon pictus is a large canid found only in Africa, especially in savannas and other lightly wooded areas.

The scientific name "Lycaon pictus" is derived from the Greek for "wolf" and the Latin for "painted".

Adults typically weigh 18 to 34 kilograms. A tall, lean animal, it stands about 75 centimeters.

In packs, there are separate male and female hierarchies that will split up if either of the alphas die. In the female group, the oldest will have alpha status over the others, so a mother will retain her alpha status over her daughters.

For the males, in contrast the youngest male or the father of the other males will be dominant.

The African Wild Dog hunts in packs. Like most members of the dog family it pursues its prey in a long, open chase. Nearly 80% of all wild dog hunts end in a kill; for comparison, the success rate of lions, often viewed as ultimate predators, is only 30%.

Members of a pack vocalize to help coordinate their movements. Its voice is characterized by an unusual chirping or squeaking sound, similar to a bird. 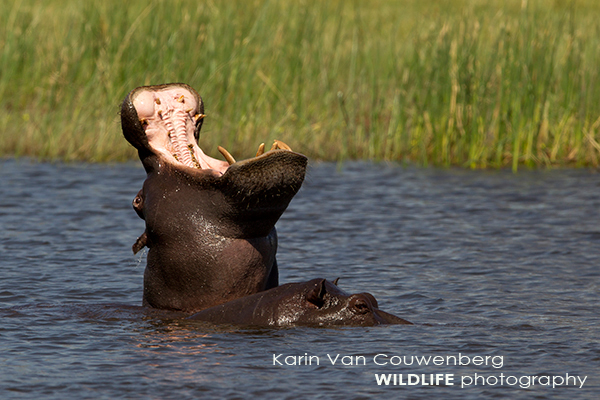